Wandering the Streets of Porto

Posted on April 27, 2012 by portugaluntouchedtoday

Last month the city of Porto was nominated “Best European Destination 2012” winning the title from over 19 major European cities and it has so much to offer!  Voting for this competition was online with the participation of over 210,000 voters and it’s no wonder that it got first vote with everything that it has to offer the discerning traveller. 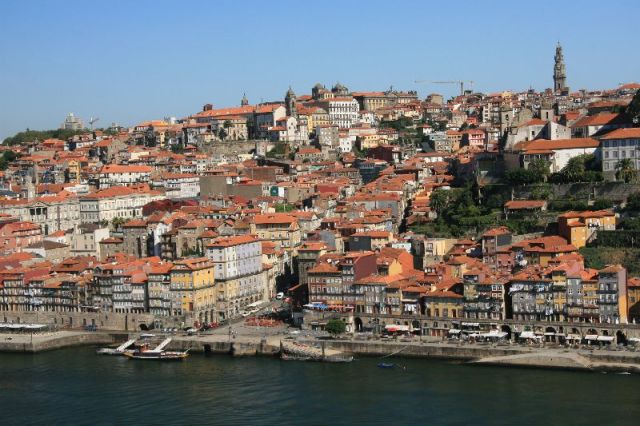 Porto’s population reaches just over 237,000 and a huge rebirth in the face of the city has become evident over the last two decades or so.  Exploring Porto can be a challenge in itself as there is so much to see with the magnificent Douro River, narrow medieval alleyways, extravagant baroque churches, charming town squares, unbelievably beautiful old and faded tiles adorning almost every front house wall, 18th century buildings with granite coats of arms protruding out over massive wooden doorways, traditional old-fashioned shops, the remnants of old roman and medieval walls and more…

The best starting point in discovering this city is ideally the historic ‘ribeira’ area which is the oldest part and was nominated a UNESCO World Heritage Site in 1996.  Our Saturday morning walk began right in the heart of this beautiful historic area where we walked up past the Palacio da Bolsa (magnificent Stock Exchange building) to hook into the Rua das Flores, given its name in 1521 from the lush gardens filled with flowers that existed on the Bishop’s land when the street was opened.   Rua das Flores is absolutely ‘traditionally’ Porto, with rows of beautiful little old shops some still maintaining their old façades but with new and renovated insides selling smart selections of goods, others are rather run down looking, still selling traditional wares but with a true character. 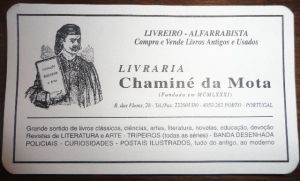 One very beautiful old bookshop on the Rua das Flores that is well worth visiting is the ‘Livraria Chaminé da Mota’ with its four floors containing an impressive collection of second-hand books, old vinyl records, cameras, musical instruments, comic books, postcards, etc.  A unique sight in the store are the rows of second-hand books on shelves which are sectioned off into subjects with just a piece of string tied around them!  Each section is classified with a letter and there is a sheet for one to refer to and check the price.  This beautiful old shop was started by a gentleman called Pedro Chaminé da Mota who began collecting old items back in the 1940’s and today this unique bookstore is a credit to him.

Our walk then took us up through the old Vitória area, once an old Jewish quarter, where a clandestine synagogue dating back to the 16th century was discovered in 2005.  A fascinating area with friendly locals ready to give out directions but on the other hand with a tired look about it with its old and dilapidated buildings some sadly plastered with graffiti.

Our entire morning flew by just wandering these beautiful streets enjoying the atmosphere and people around us, stopping for ‘meias de leite’ and local pastries at traditional pastry shops.  We completed a full circle back to the ‘ribeira’ just after lunch, which took us around the trendy block of Rua Miguel Bombarda, full of art galleries and clothing stores (from new and inspiring designers) inside beautiful old renovated buildings until finally returning to the ‘ribeira’ area by the magificent baroque Clerigos (Clergy) Church, built 1732-63 by Nicolau Nasoni, an Italian architect and painter whose works were widely recognized as some of the finest in the the north of Portugal during the 18th century.

The New York Times recently put out a great article about Porto ‘You’ve tried the wine now try the city – 36 hours in Porto’ which I wrote up about and can be viewed on this link.

See below a small slideshow of photos covering Saturday morning’s visit to Porto.

2 Responses to Wandering the Streets of Porto